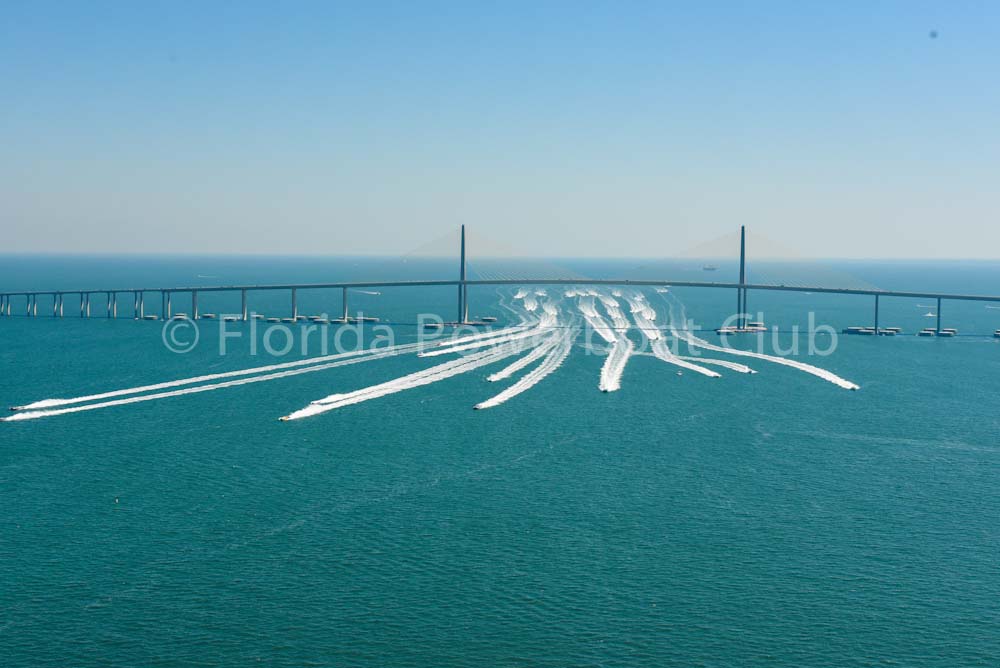 FPC was recently featured on speedonthewater.com for the impressive poker run held in Tampa Bay. In an interview with Matt Trulio, Stu Jones comments on the run and the success of this great event. Read the article below for more info!

For the third poker run of its 2019 season, the Florida Powerboat Club returned to Tampa Bay in late March. The event reportedly attracted 40-plus high-performance catamarans, center consoles and V-bottom sportboats including the Project 1080 Cigarette 38 Top Gun owned by Stu Jones, the president of the Pompano Beach, Fla., outfit.

“On Friday, we got things kicked off with a wonderful fun run to a popular waterfront spot called The Getaway in North St. Petersburg,” said Jones. “There was just enough room for everybody to raft up and have a great lunch under the sunny skies for this early spring event. That night, we held our captains’ meeting at the Tampa Marriott and then headed across the street to a casual dinner Harpoon Harry’s.

“On Saturday morning, the team gathered up on the convention center docks,” he continued. “By 10:30 a.m. the event was underway with the first poker card being handed off in front of American Social. The teams continued down into the Tampa Bay area and our planned photo shoot with the boats all going under Tampa Bay’s Sunshine Skyway Bridge proved well-planned and orchestrated. And all of our sponsors including Blackwater, Deep Impact, Midnight Express and Nor-Tech had good representation.”