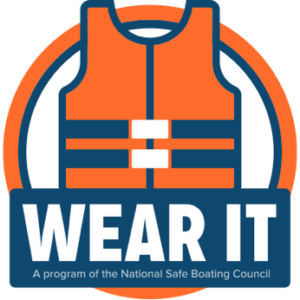 As Florida Powerboat Club completes our fifth boating event for the 2022 season, we are just a few days away from National Safe Boating Week, May 21-27, 2022. For anyone who attends our FPC events, you would know that in our captains meetings we place a top priority on safety at all times. That said, I must remind everyone that boating safety is a subject that should not just be a half-hour topic in a captains meeting before a poker run, but rather a “mindset” which  should take top priority on any given day, every time we get into our boats and turn the keys.

While common safety practices are second nature to experienced boaters, there are still many boaters who need to have constant reminders about the most basic of safety practices, especially in the performance boating arena. The Florida Fish & Wildlife Commission (FWC) recently released its 2021 Boating Accident statistics, and it is clear that Florida remains the state with the highest frequency of boating accidents, but sadly Florida also has the worst record for serious injuries and fatalities, (70 deaths last year) so we clearly have to do better to reduce these numbers.

Here are some of the key guidelines that require constant attention by boaters:

Wearing PFD’s: I don’t know why this is such a hard point to hit home, but one statistic I noticed is that of 70 fatalities, the largest number of deaths were related to passengers being thrown overboard while the vessel was underway. While this may not be as serious in smaller boats or cruisers that operate under 30mph, the same cannot be said in the performance boat sector, where speeds average 70-100mph at times. For these reasons, PFDs on poker runs are highly recommended by FPC management. And for those boats that average higher speeds in the 75mph plus range, the racing style lifeline jacket is the most suitable application.

Kill Switch Lanyards: On a recent FPC poker run event, an outboard cat landed awkwardly in some chopping conditions, stuffing a sponson and hooking hard, almost rolling over. All four occupants were tossed into the water about 60+ mph, and thankfully all wearing good PFD’s. They were immediately rescued by another poker run boat, but their boat engines did not shut down because of a faulty kill switch lanyard. When the boat righted itself, it drove miles with no crew and crashed on the shoreline, thankfully with no injuries, but the boat was damaged seriously. When a driver uses a kill-switch lanyard, that does not kill the motors, then the system was never TESTED properly. These lanyards must be tested before they can be relied on, and once proven…must be worn properly. FPC will be focusing more attention on this issue for future poker runs, putting great emphasis on the proper use of engine kill lanyards.

Improper Lookout or “Watch”: One of the requirements in Maritime law and Rules of the Road collision-avoidance guidelines, is to maintain constant watch as the vessel proceeds on course. FWC reported that 44% of the boating accident collisions that occurred, were due to ‘Operator inattention or improper lookout.’ In today’s performance boating arena, this task can rarely be done effectively by captain alone, simply because of the many distractions that come from multiple sources.

New boats have so many gauges and gadgets, giant highly detailed GPS screens with engine monitoring data, a stereo command center, engine control instruments, shifters, gauges, trim and tab buttons and VHF radio…not to mention cell phones that can lead to distracting text messaging.
This equation is further complicated with the increasing trend of center console boats, which have robust T-top supports and windshield frames that create far more visual obstructions that the old school performance boats that were once commonplace in the performance boating scene. Another factor is the greater number of passengers, since these large center consoles can often carry 15-20 crew giving a captain more distractions than ever before. Therefore, it is important to have one or possibly two additional crew members to take watch at the helm alongside the driver, to assist with this important “watch” task.

1- Stay well offshore! 1.5+ miles is a good rule of thumb. Divers rarely make it out this far, so it’s not likely you will encounter this accident threat.
2- Stay several hundred yards clear of (any) vessel that appears to be stationary or anchored. Even if you cannot SEE a dive flag, it is always best to assume there are divers down.
3- Pay attention to your GPS and local waters. Any reef or shallower areas along coastal waters will often attract scuba diving enthusiasts and recreation fishermen. Stay well clear of these areas, there is no need to get close to them. 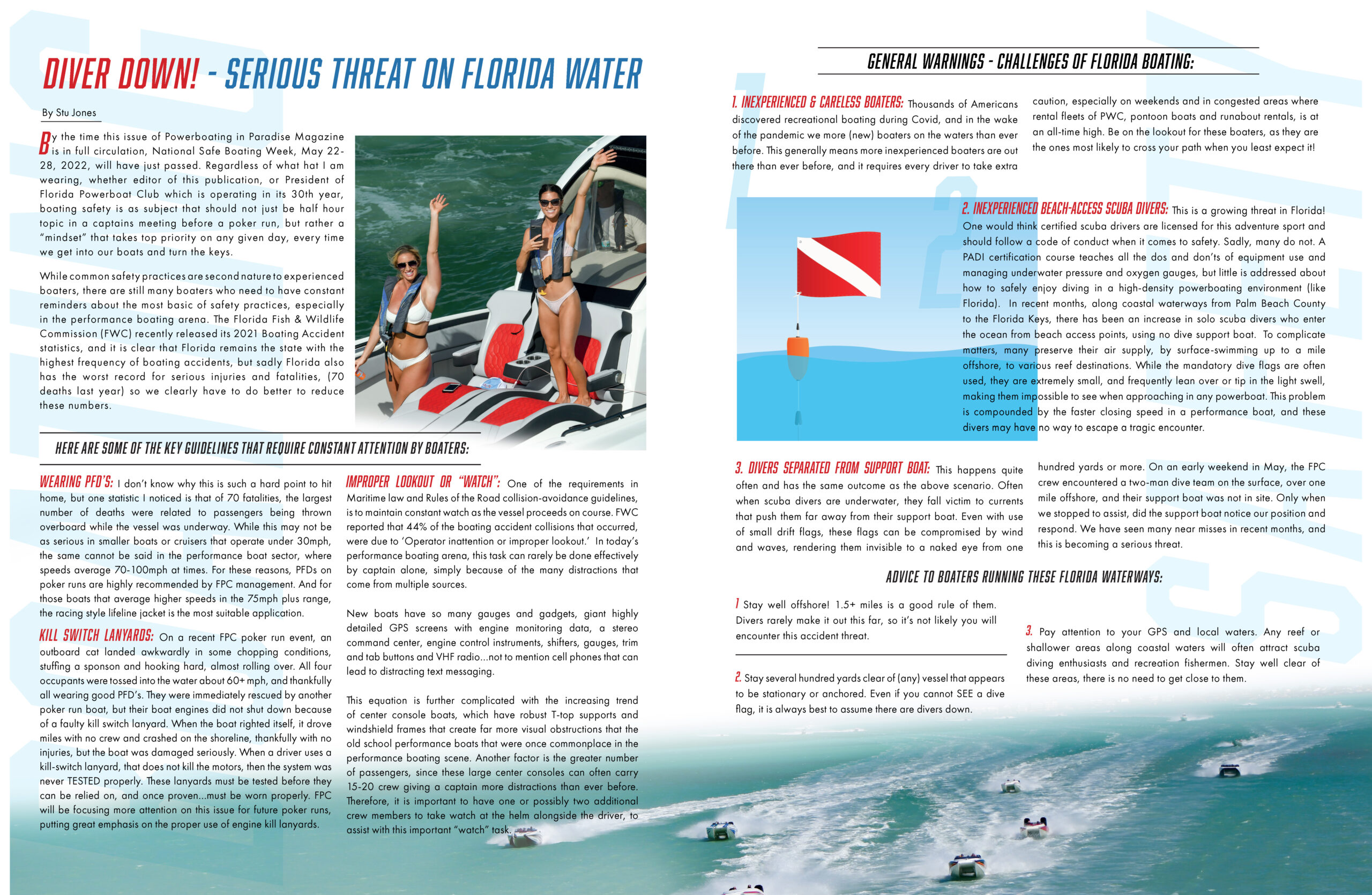