Florida Powerboat Club Featured in Speed on the Water Magazine 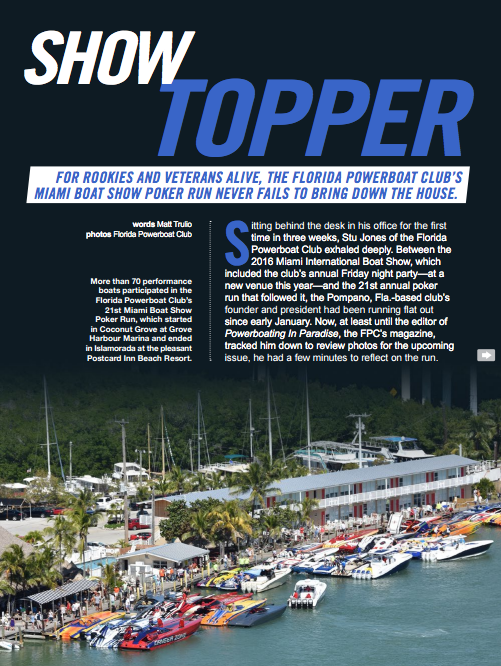 Florida Powerboat Club was featured in the January/February 2016 Issue of Speed on the Water! Check it out on pages 50-51!

Sitting behind the desk in his office for the first time in three weeks, Stu Jones of the Florida Powerboat Club exhaled deeply. Between the 2016 Miami International Boat Show, which included the club’s annual Friday night party—at a new venue this year—and the 21st annual poker run that followed it, the Pompano, Fla.-based club’s founder and president had been running flat out since early January. Now, at least until the editor of Powerboating In Paradise, the FPC’s magazine, tracked him down to review photos for the upcoming issue, he had a few minutes to reflect on the run.

This article originally posted on SpeedontheWater.com.