The Fort Myers Poker Run was a great event and we were thrilled to have the Speed on the Water team cover the event with great aerial shots from Pete Boden/Shoot 2 Thrill Pix! Check out the article below and click here for more pictures from the run!

Returning for the fourth consecutive year, this weekend’s Florida Powerboat Club Fort Myers Poker Run attracted a breathtaking mix of 35 high-performance catamarans, center consoles and V-bottom sportboats to the Gulf of Mexico waters off the Southwest Florida venue. Among the boats in the run was Envy, a spectacular 50-foot Mystic Powerboats catamaran owned by New Yorker Chris Cox and recently repowered with dual-calibration Mercury Racing 1550/1350 engines. To help put the engines through their first public sea trial, Cox was joined in the cockpit of the canopied cat by his longtime running mate, former engine builder and de facto crew chief Herb Stotler.

“But the main reason we were there was to support Stu Jones and his great event and, oh yeah, all while having tons of fun with great people,” he continued. “It was a win-win.”

Fresh from its third annual dealer meeting and celebrating its 30th anniversary this year, Fort Myers and Cape Coral-based Nor-Tech Hi-Performance Powerboat had “six factory teams” in the run, according to Jones, the founder and president of the Florida Powerboat Club. Fellow stalwart FPC sponsor Deep Impact had strong representation in the event, as did MYCO Trailers—thanks to Jones. 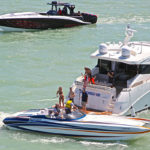 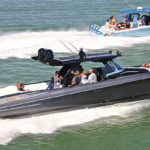 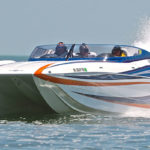 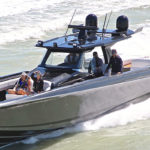